Now, if we can just keep Roman from eating the soil. 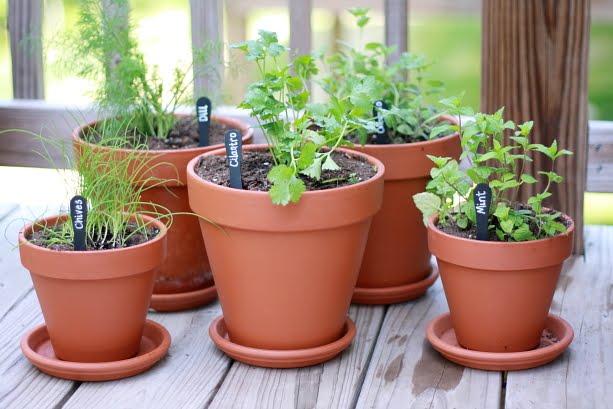 Our little herb garden resides on our deck.
I wish I had my very own dirt, but for now, everything must go inside a pot.
(the mowing crew here is c.r.a.z.y. they run over everything. tree branches/small children)
kidding. but only sort of.
Zach and I planted the herbs during nap time.
It's fun to chat it up while gardening.
I made the little signs from popsicle sticks, paint, and a whiteout pen.
I loved my friend Missy's little garden sign and thought it was perfect.
We have 4 tomato plants and a zucchini too!
An heirloom Mr. Stripey, Patio, Big Boys, and Early Girls.
They are resigned to containers as well.
I'm crossing my fingers, because in my (short) experience tomatoes really prefer the ground.
I hope to prove myself wrong.
Signs for the vegetables are in the works. 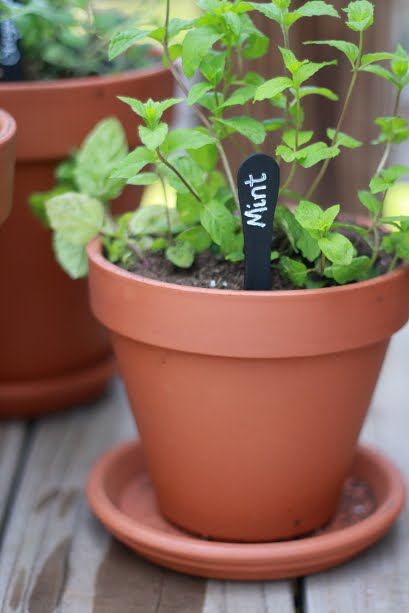 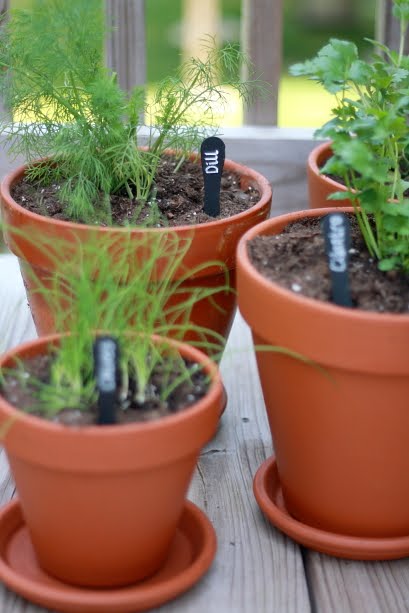 Of course Lily got in on the action earlier when we planted flowers out front.
My kids do love to plant.
I think they developed the love because of my mom, who always makes sure
to include them in her flower gardening.
My mom plants annuals every spring. For as long as I can remember.
Her house and deck are always bursting with color.
Yay for flowers, yay for vegetables!
Posted by thepainterfamily 13 comments: 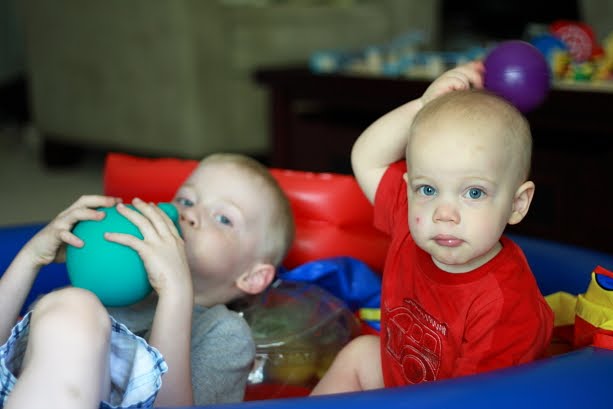 Roman is walking everywhere. Make that running. Make that crashing.
It's hot. And humid. I'll miss the open windows.
Girls camp in one week!
I'm with the 4th years. We leave camp one day/night for a wilderness hike.
Primitive camping. No fires. Dehydrated food.
I'm excited. I just don't want ticks. Please no ticks. I'll probably get ticks.
Margaret and I had a garage sale last weekend.
Great success! Now my storeroom is more organized than my house.
I've been potting plants.
I've been working on food storage.
I've been making my laundry room so very pretty.
Also, I'm crabby.
I'm going to try my hardest to not be crabby.
Sometimes it's just hard.
Posted by thepainterfamily 10 comments: 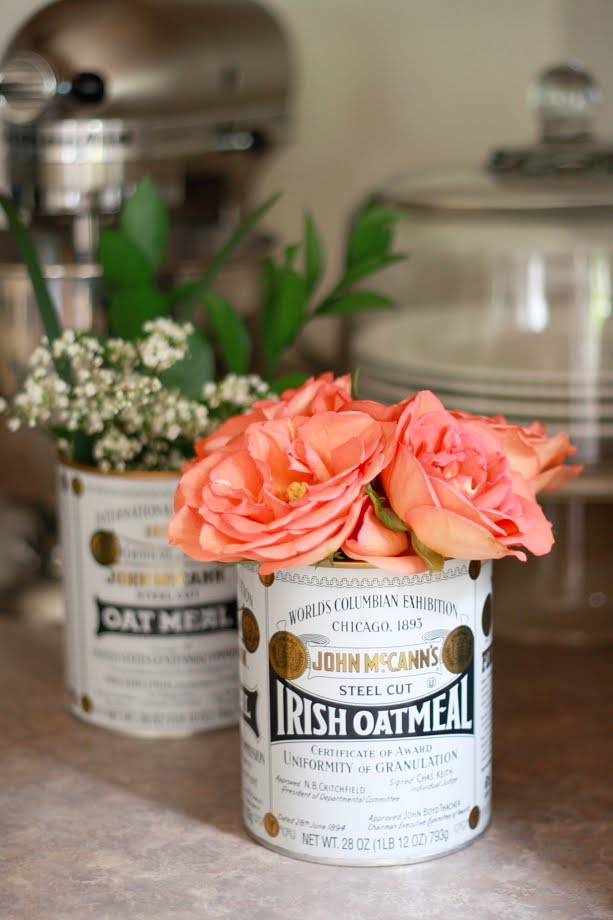 Roses from Mother's Day.
A week later.
I like when they are almost spent.
I think it's their prettiest time.
Posted by thepainterfamily 6 comments:

Invisibility is love's most beautiful costume. 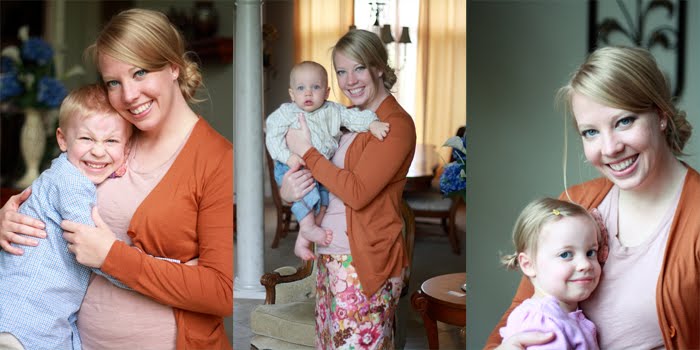 I have magical childhood memories. We played in the creek that ran through our yard, catching crawdads and building forts in the woods. Hot summer days brought banana seat bikes, and lemonade stands. But it wasn't really until this mother's day that I began to contemplate what my own mother was doing on those days that I was relishing childhood.
And finally, now that I am a mother, and in charge of trimming 40 fingernails and toenails each week have I begun to piece together what it was that filled her days. Oh yes, now I understand very well and I wonder how in the world I didn't see it before.
I read The Invisible Woman, When Only God Sees last week. Recommended by my friend Christy, it was perfect timing.
There were so many memorable parts. I loved this one especially.
Next Thanksgiving I don't want my son to tell his friends, "My mom gets up at four in the morning and bakes pies and hand-bastes a turkey for three hours and presses all the linens for the table." I don't want his attention to be called to the things that I do. Those things mean nothing, and might even indicate that I've built a shrine, or some other not-so-great cathedral, in honor of myself. I just want him to want to bring his friends home often, and maybe to say something like, "You're gonna love it at my house. It's a great place to be."

As the sun was setting on Mother's Day, my mom, sister and I drove to my grandmother's graveside to leave our love and some flowers. My mom asked me if I would share a memory. I thought about how my grandmother would sit next to me on her piano bench. The same piano and bench that are now in my own home. She taught me how to play my first song, I dropped my dolly in the dirt. It was a small gesture. Maybe invisible to others. But her encouragement of that little talent remains though she has moved on. I play the piano each Sunday in church.
Posted by thepainterfamily 9 comments: 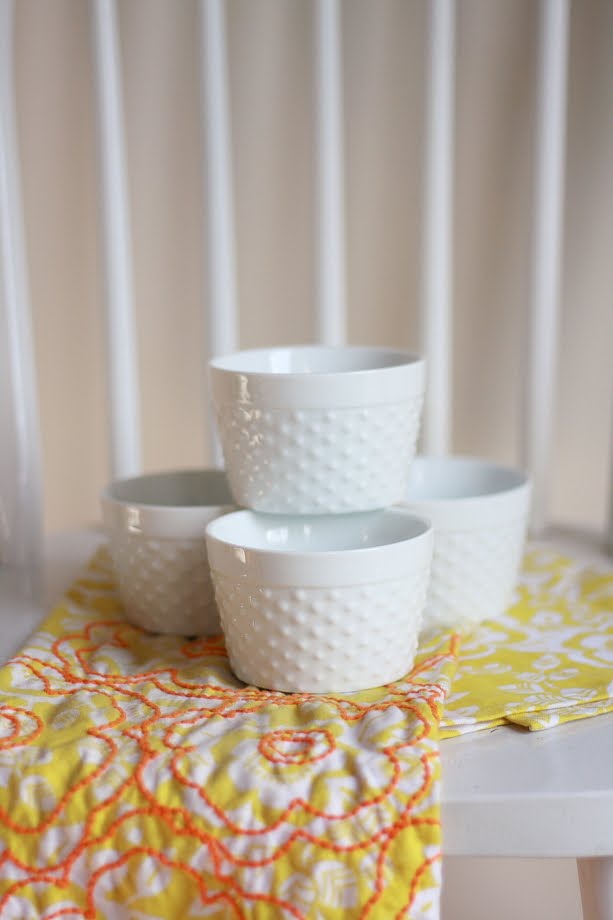 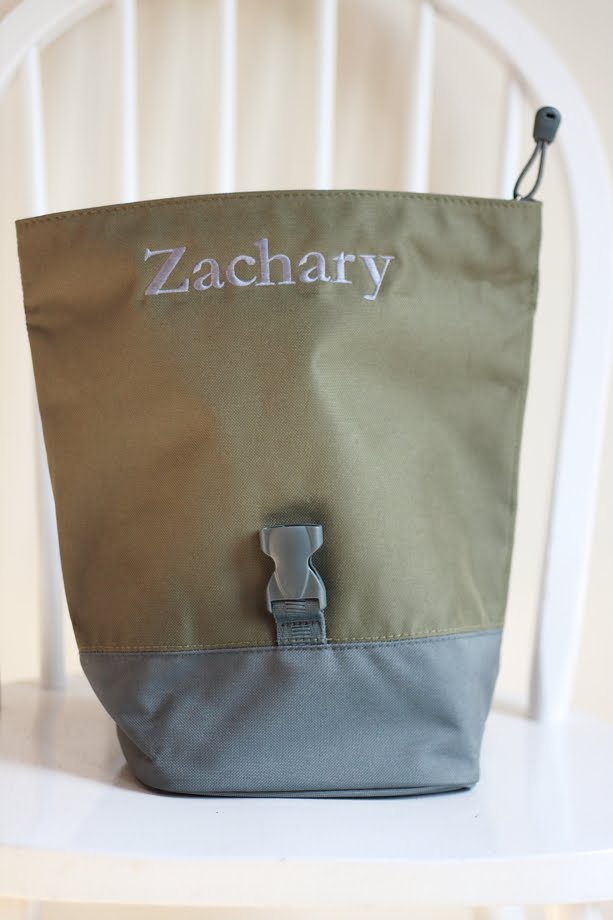 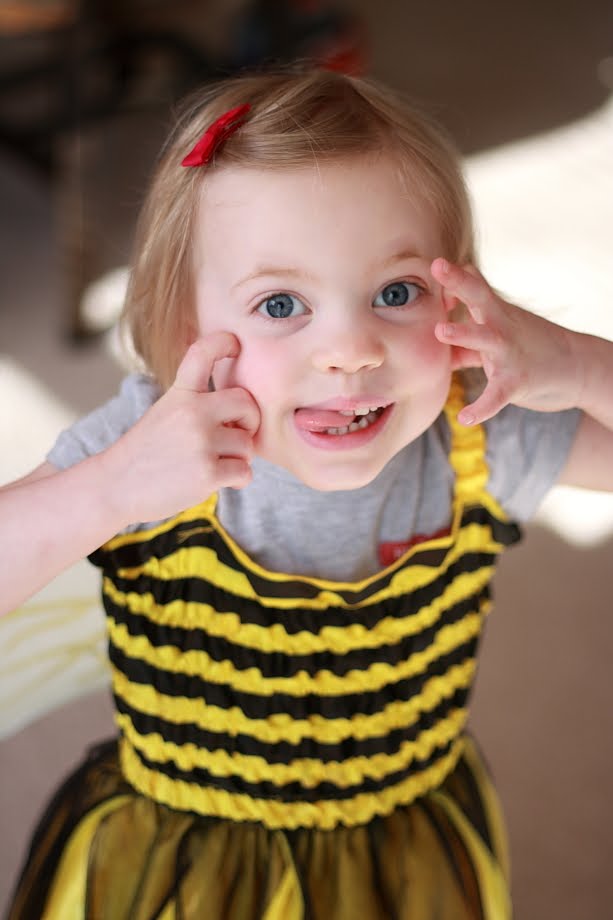 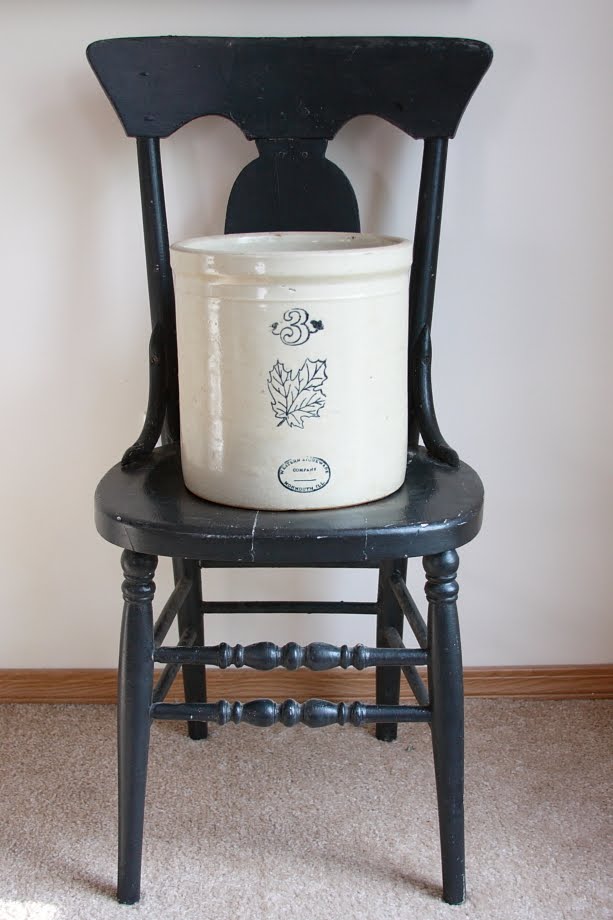 {1}
Adorable ramekins on clearance at JoAnn's. My store only had 1 box. They located two more boxes and shipped them from Corpus Christy, TX. So happy they were willing to go to all that trouble for a clearance item. I'm making mini turkey pot pies in them. With the turkey from the post below, haha.
{2}
My friend Yanery made me a beautiful camera strap! She just whipped it up one morning and said it was no big deal. It was a BIG DEAL to me. So sweet. (and if it wasn't so difficult to take the strap off my camera I'd have a picture.)
{3}
A sweet deal on a PBK lunchbox. $5.99 plus free shipping. I WILL HAVE A KINDERGARTNER THIS FALL!! I WILL BE PACKING LUNCHES!!!
{4}
My spunky, spirited little girl. I love her. I am learning so much about mothering, and about life in general through this gal. She is one of a kind, and I'm so glad to be her mother!
{5}
Swagbucks!! I am up to the equivalent of $50 in Amazon gift cards and I can't wait to cash them in.
At first I thought I'd buy something practical like diapers.
Then I thought, nah...a treat for myself.
I can't decide between my favorite candle, those beautiful books, or some specialty grocery items!
If you want to sign up, kindly use me as a referral and I'll love you for ever!
www.swagbucks.com/refer/tarap or I can send an email.
{6}
Dave continues with the cool HUD housing treasures.
He brought home 2 of those black dusty chairs, solid wood, real old, real sturdy.
They are in my project pile.
He found that big crock, an old steamer trunk, a marble topped bistro table, retro green lamp, new paint brushes, nice JEEP umbrella stroller, a bentwood-style chair. Oh my, the list goes on and on.
It's like a flea market that's FREE! Never know what you will find.
{7...}
A date night with my husband on Friday!
The Kansas City Temple ground breaking Saturday!
Mother's Day on Sunday!
Posted by thepainterfamily 8 comments: