May I always remember... 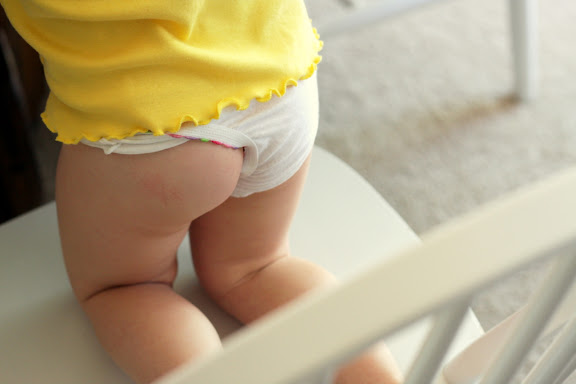 I could hear them giggling ferociously as they climbed the stairs Mother's Day morning. From my bed I saw Zach holding my breakfast plate as carefully as he could, taking deliberate steps and watching it intently, so nothing would spill. Behind him was little Lily with a half-full glass of milk. She was rushing down the hallway and the milk was sloshing in, and out of, the cup. She got to my nightstand,banged it down, and said, "I spilled milk on the stairs mom, but it was just an accident!" They watched me with anticipation, asking after every bite if I liked my meal. I loved it. I remember watching my mom with the same anticipation. It was so exciting to do something for her. Zach kept coming back to check on my progress. I could tell he was trying to keep a secret, something was up. Finally, he could hold it in no longer, "Momareyoudone? Wehavechocolateandbanilladownstairswhenyouaredone." And then thoughtfully, But I don't want Daddy to know what I said!"
This is where the post falls into the toilet. Really, toilet humor. I can't help myself. This morning Zach and I had a memorable conversation.
After he announced this (so matter-of-factly) I tried hard, VERY HARD to keep a straight face and think of the appropriate reply. No use. I busted up laughing. And then I ran to write it down so I could read it later, word for word, to David... 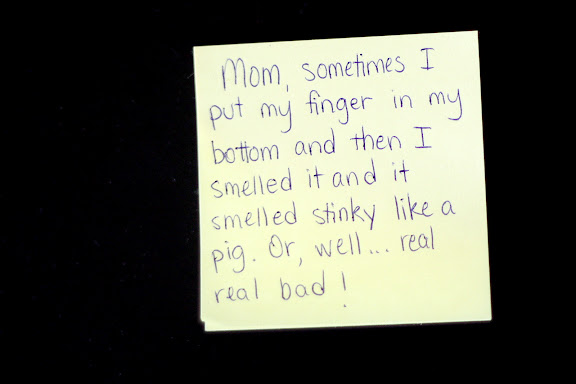 and really...what IS an appropriate response to that??!! LOL!

Ok I was totally tearing up reading about your sweet kids being so thoughtful and bringing you breakfast...and then you made me crack up! I love their honesty!!!

Kids are awesome! It makes me so sad to think of them getting older. Older kids are great too (they can empty the dishwasher and scrub a bathroom) but I miss that uncensored innocence.

This made me laugh. You must have just been dying with laughter. And Avery does the same thing daily with her underwear. I need to capture it too. So so cute/funny.

Looks like you are having more sucess with potty training than I am. Julianne drives me crazy. She will give you a play by play naration of her diaper situtation but will not get on the toliet.