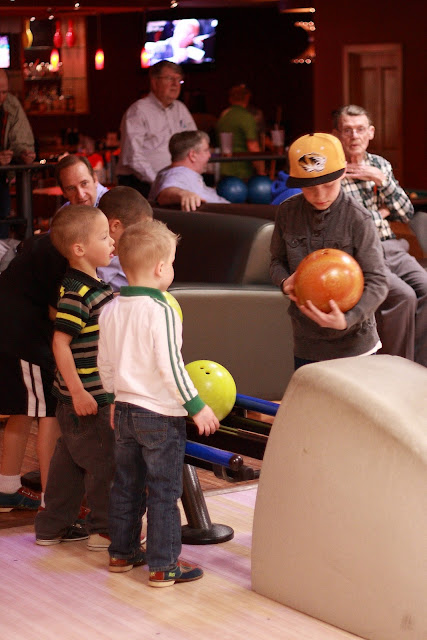 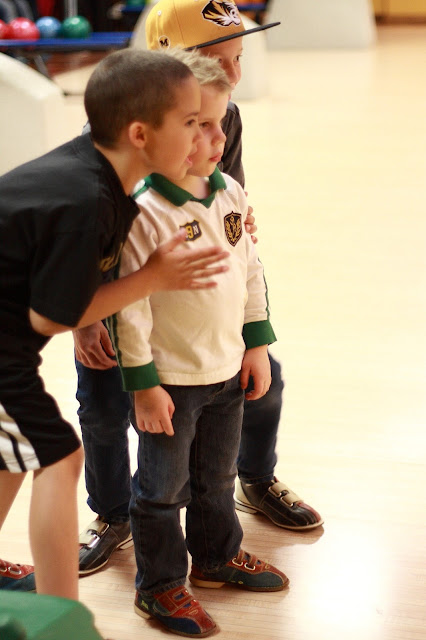 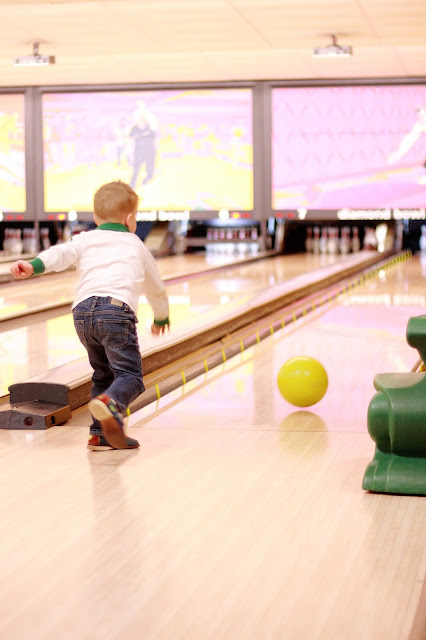 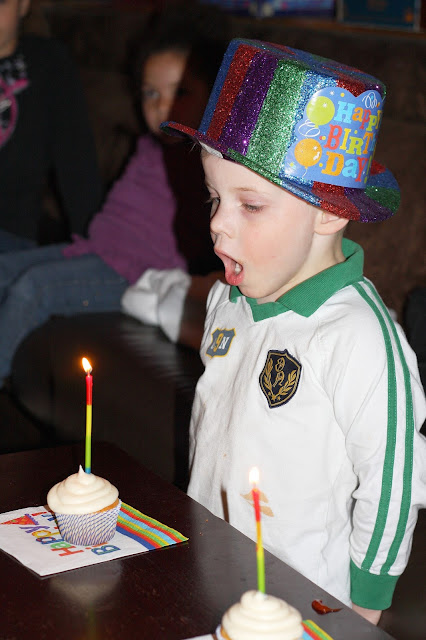 To celebrate Roman and Marquise's 4th birthday we went bowling.  On a Tuesday night.  At this point in our lives, weekends are so packed that it made sense for us. (my sister and I were planning in March, and every April weekend was spoken for)  It was so much fun that it got me thinking, we really should do more celebrating during the week.  Mr. Roman is 4.  He is such a cool cat, is that just a given for 3rd children?  He's got such an adorable Cheshire Cat smile.  He's always willing to return  a grin shot his way, but most often you'll find him serious-faced, and intent on taking in everything around him.  I have a feeling this will be such a huge year for him.  He tells David and I every week that he just "wants his own team".  I'm pretty sure he doesn't care what activity he plays, he's just ready to get out there.  Ready to cash in on his own after game snack and Gatorade.  While Roman is dying to be "bigger" ( he was pretty bummed to learn that this birthday wouldn't make him older than Zach :) I am loving simple days with my 4 year old.  Yesterday was so beautiful.  I took Poppy and Roman up to the sandbox and we built (and he smashed) hundreds of sandcastles.  Personally, that sort of thing is what I will enjoy most about this fourth year.  Love you Roman.
Posted by thepainterfamily

I am in love with the tiny bowling shoes!
Roman is 4! Love him. Happy Birthday Roman.

What a neat little guy! Hope you are doing well, Tara!

What a handsome little guy!