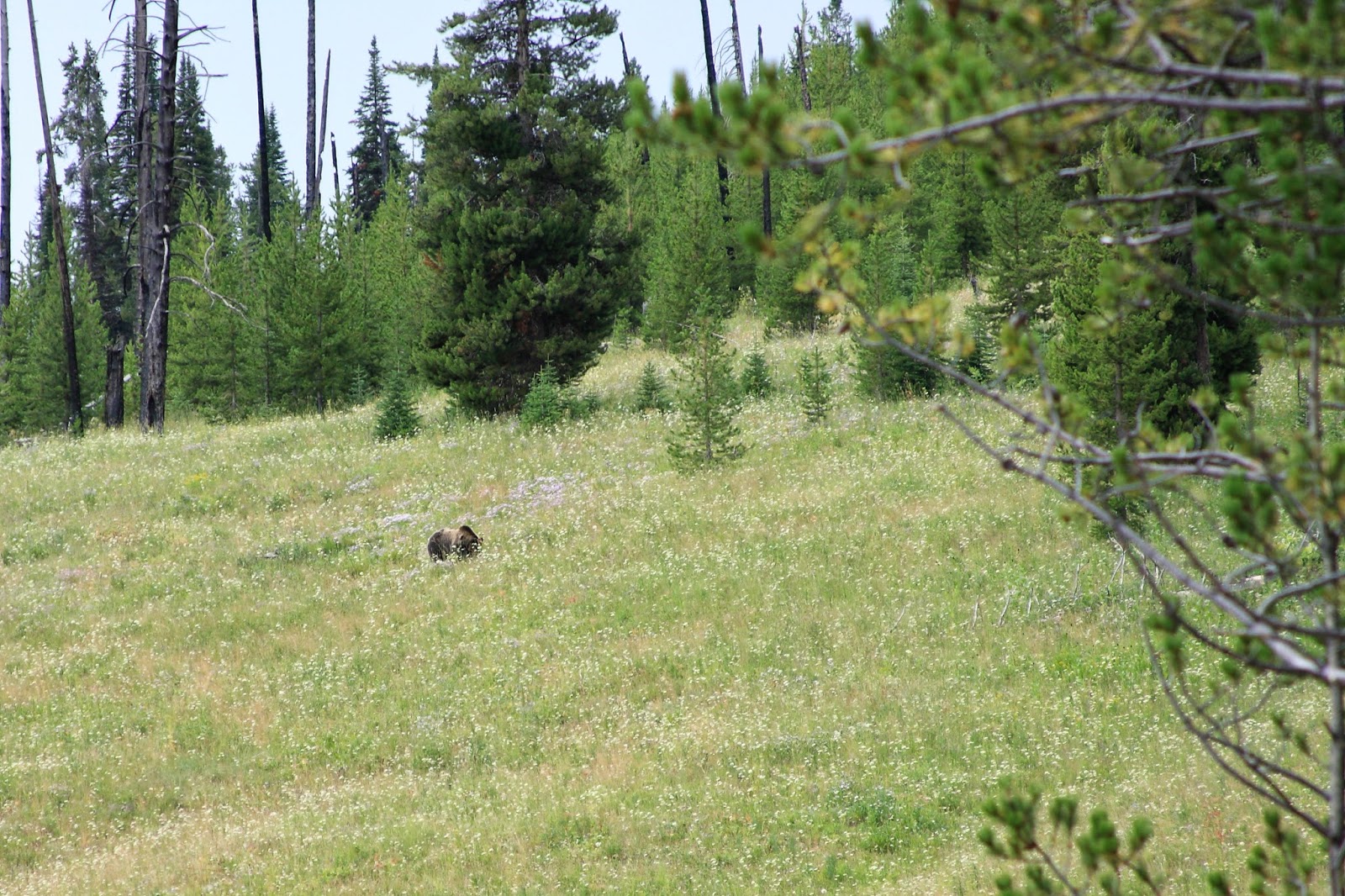 We spotted a grizzly just 15 minutes outside of the gates to Yellowstone.  That definitely set the mood for what we would experience during our 2 days in Yellowstone. (and maybe renewed my fear of getting eaten while tent camping!) 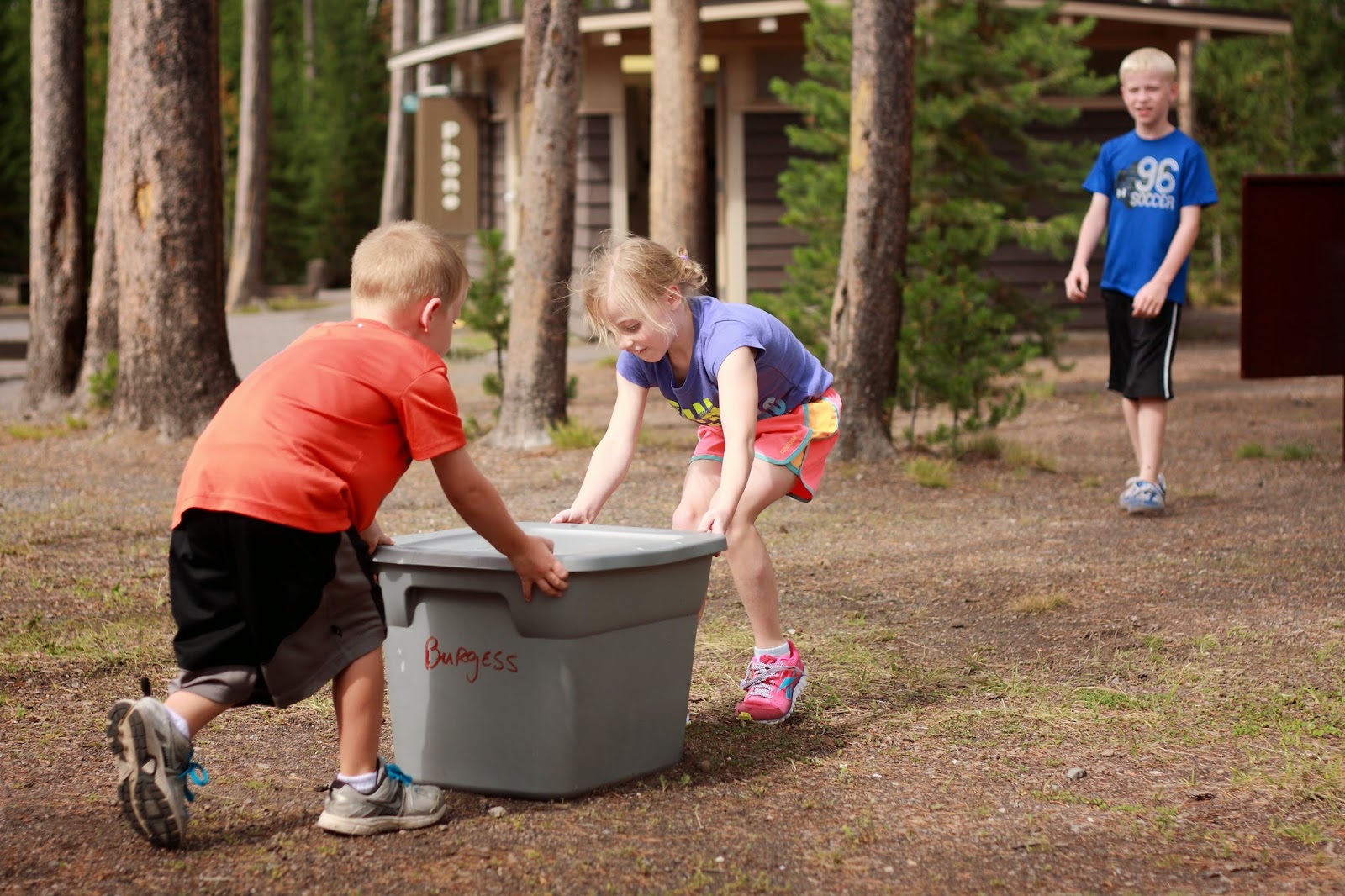 We drove to our campsite to get everything set up. 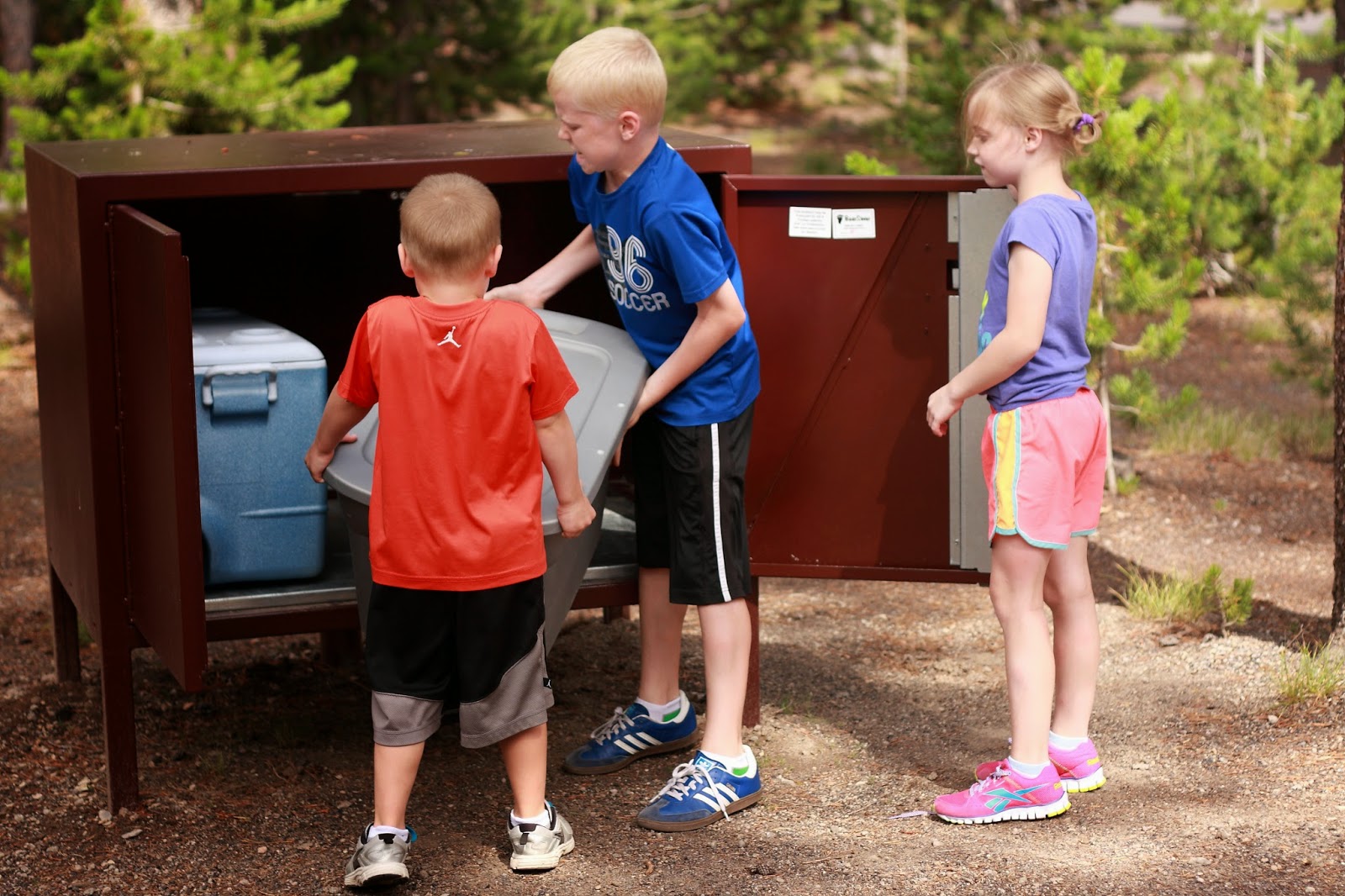 And the kids were really intrigued with the bear box and insisted on being the ones to load it! 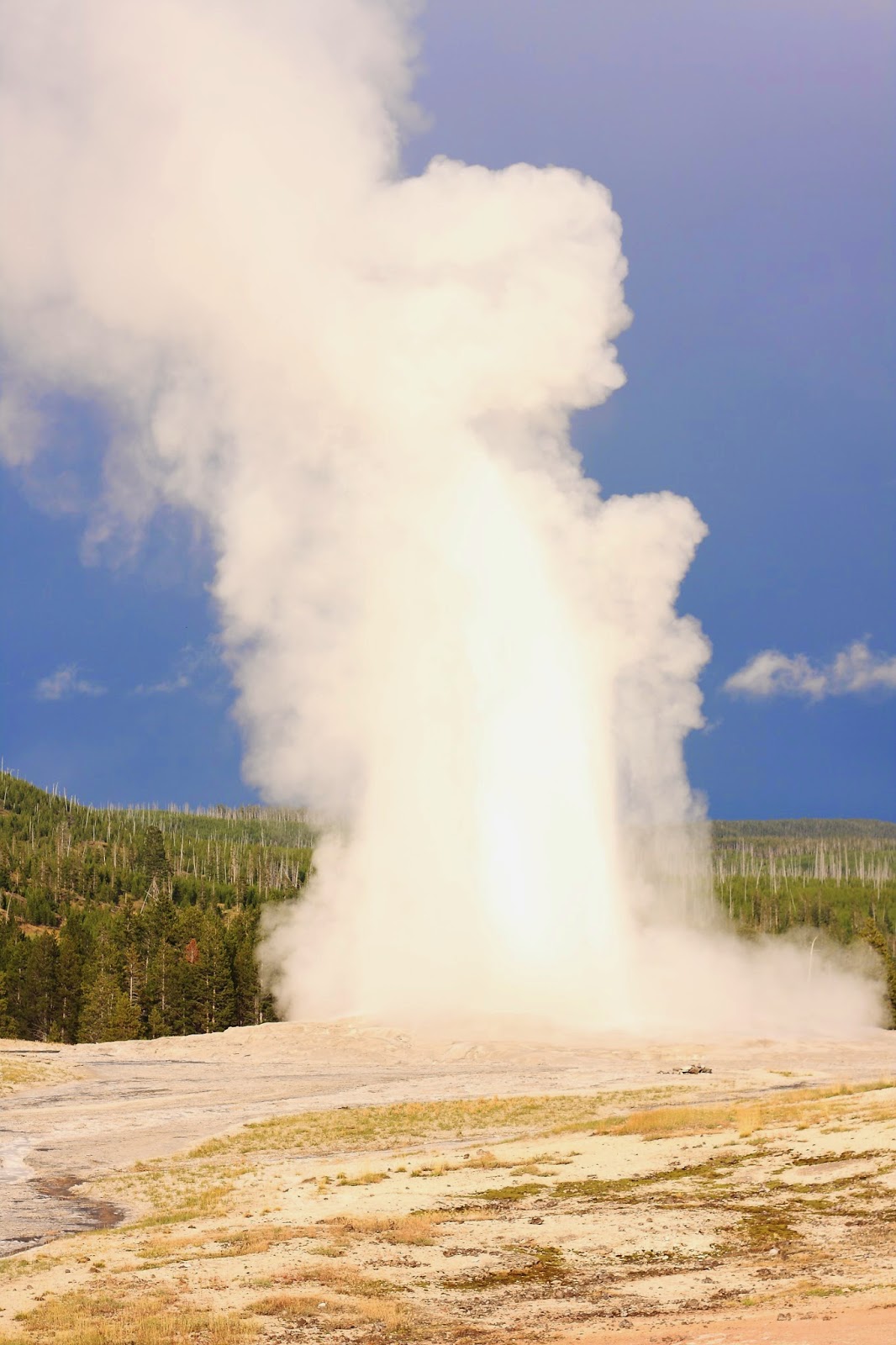 The first day we explored all the geothermal areas, Old Faithful! 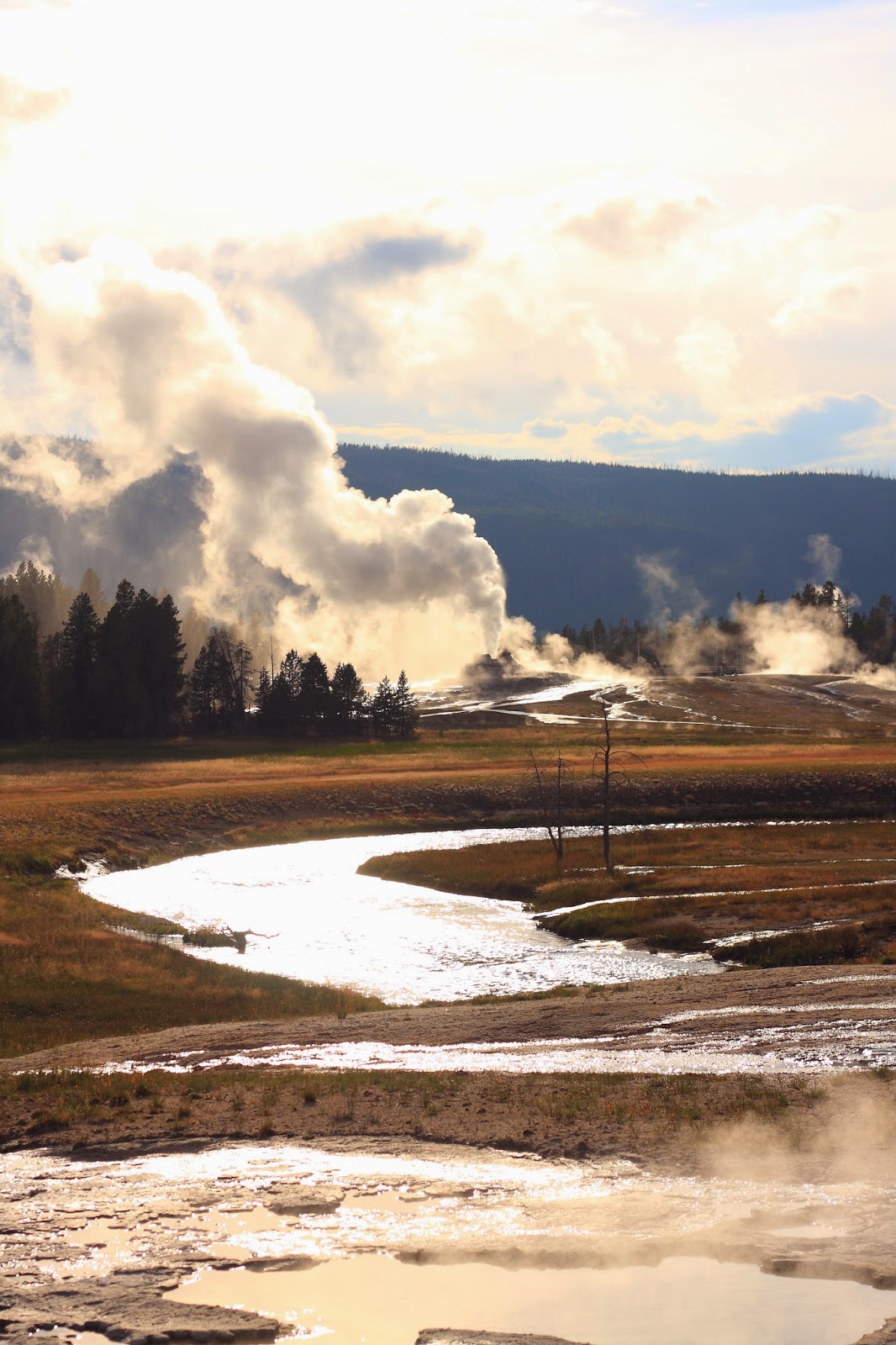 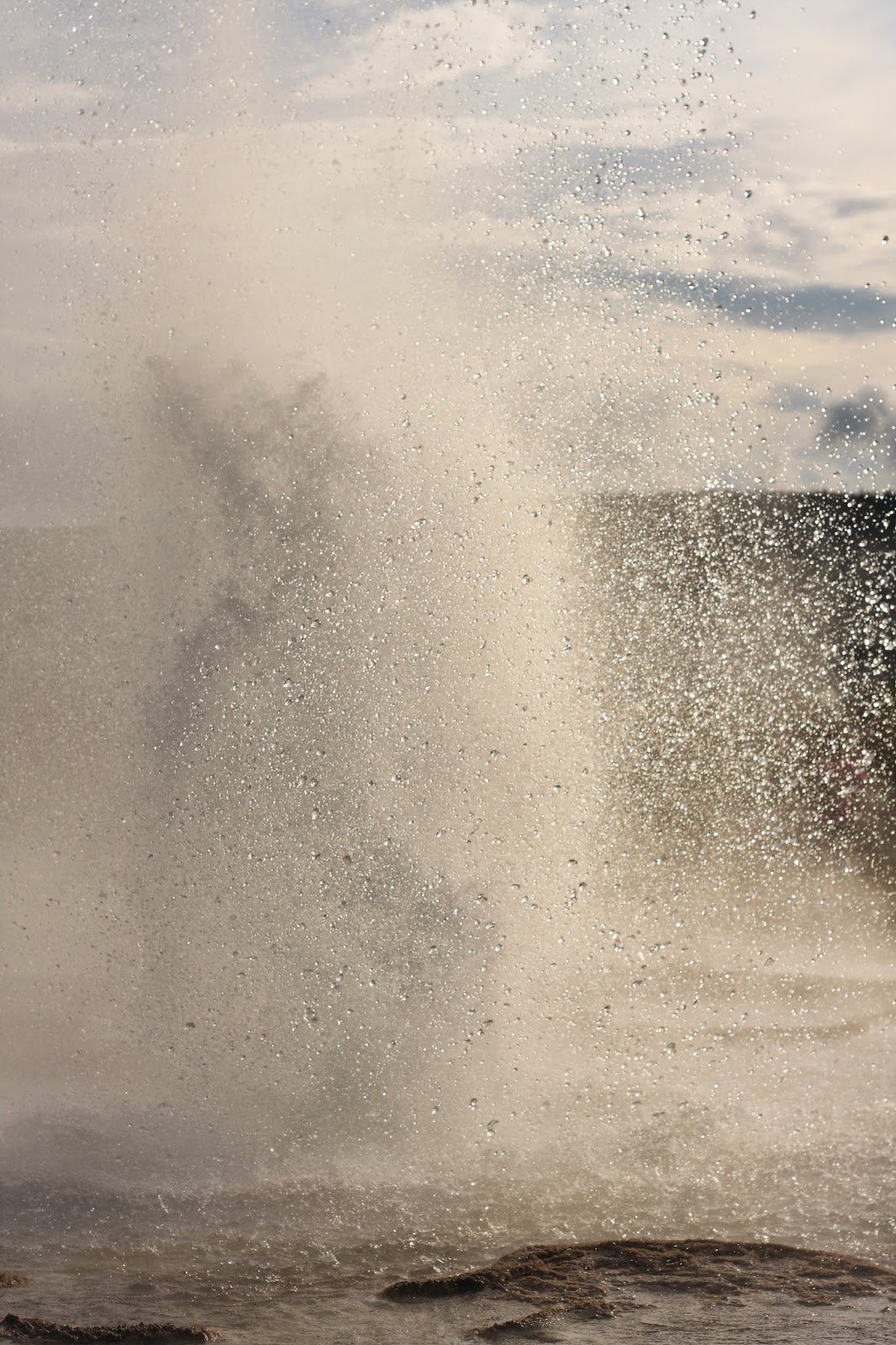 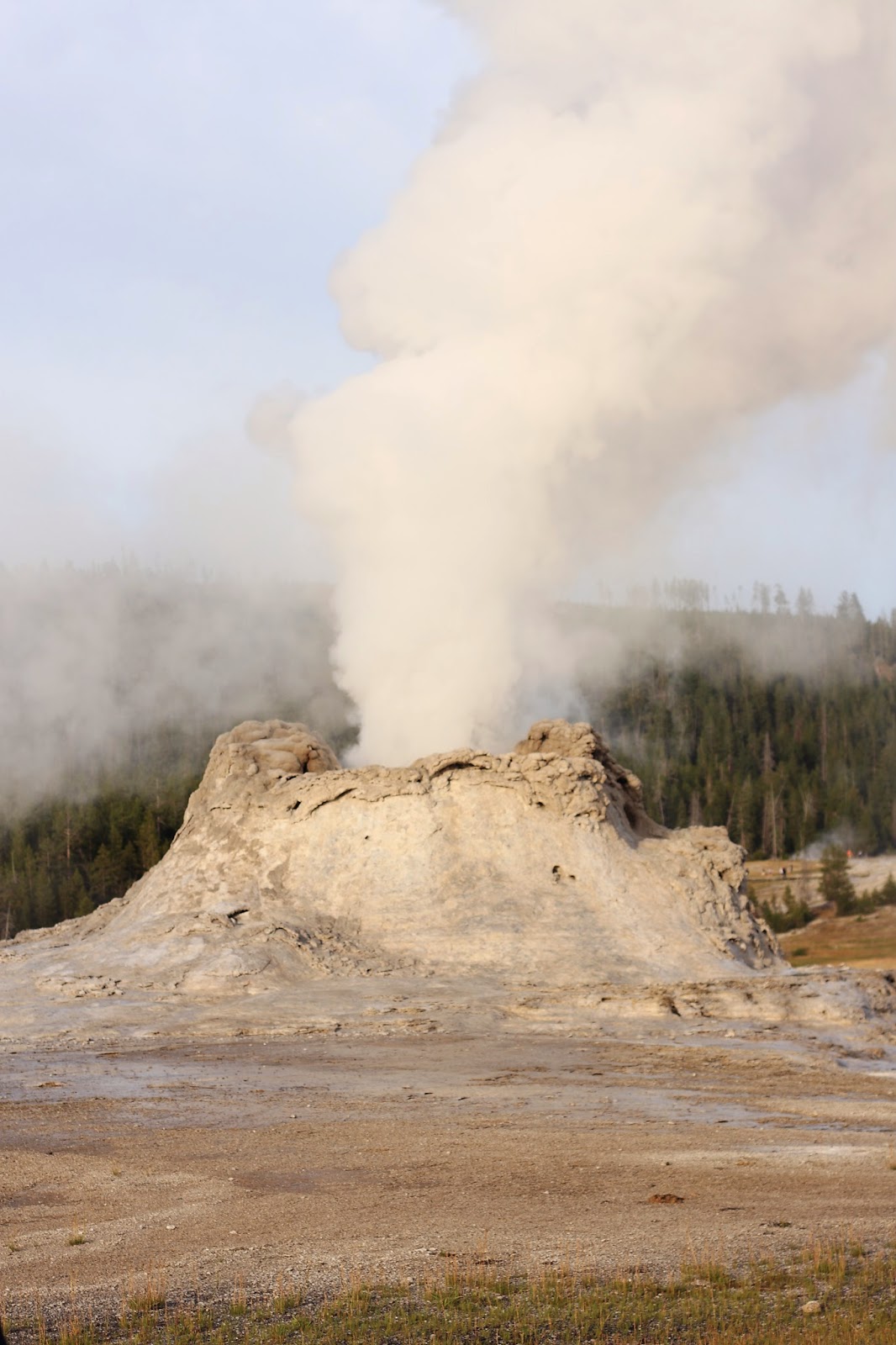 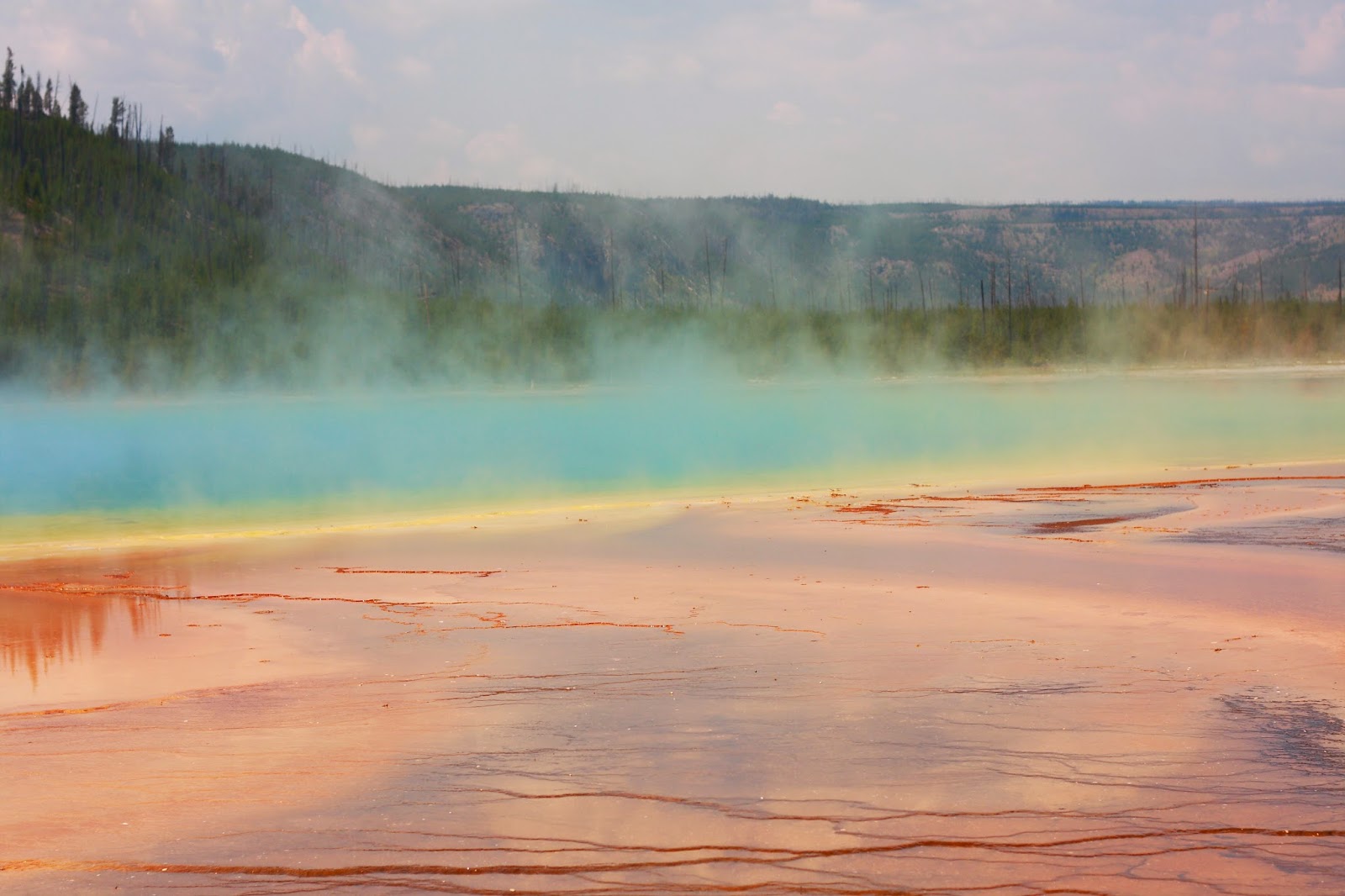 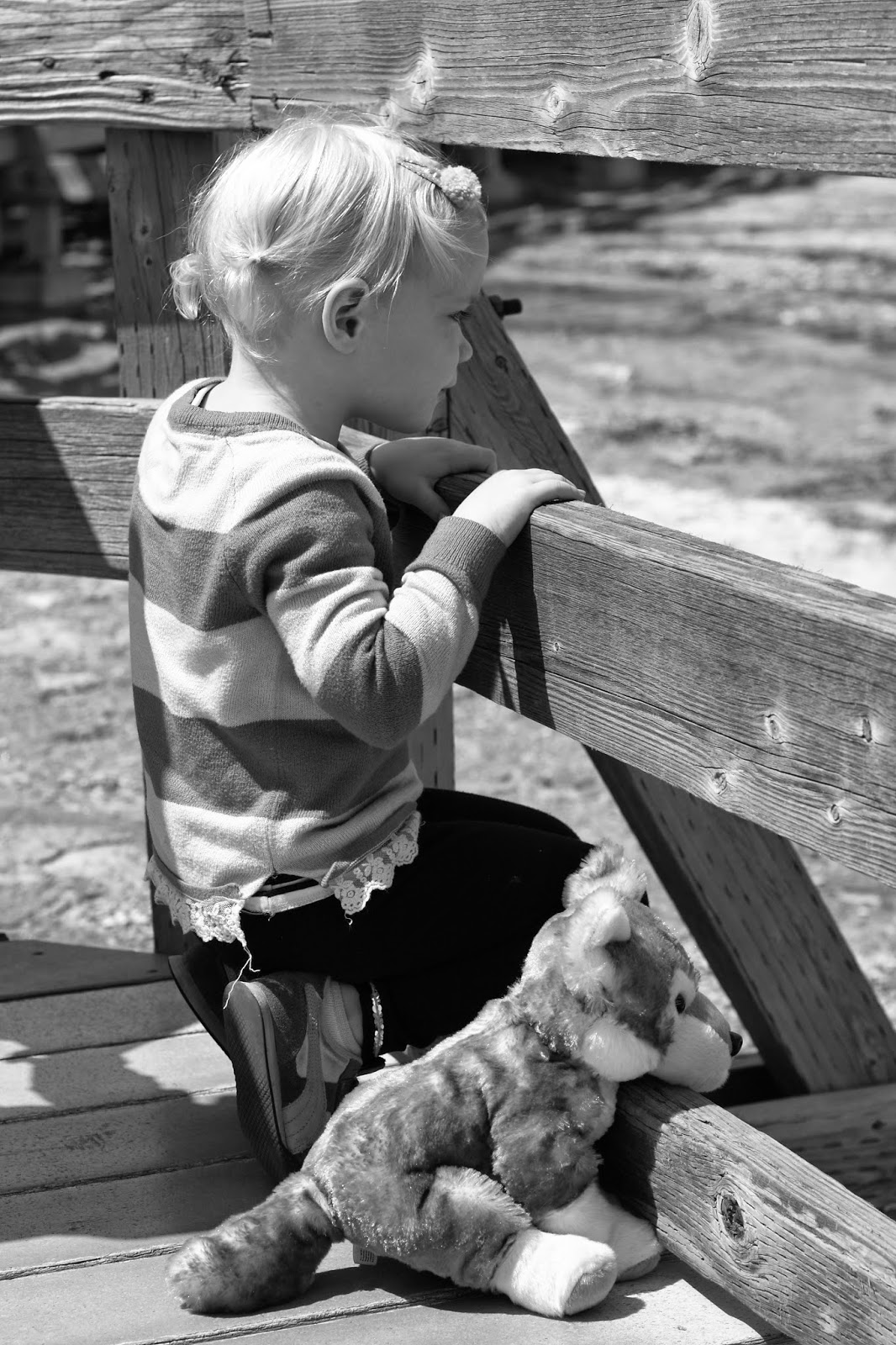 We let the kids pick a souvenir.  The boys both wanted a personalized Yellowstone pocket knife, and the girls each picked a stuffed wolf.  Poppy brought her wolf with her to each sight and made sure "wolfy" had a spectacular view too. 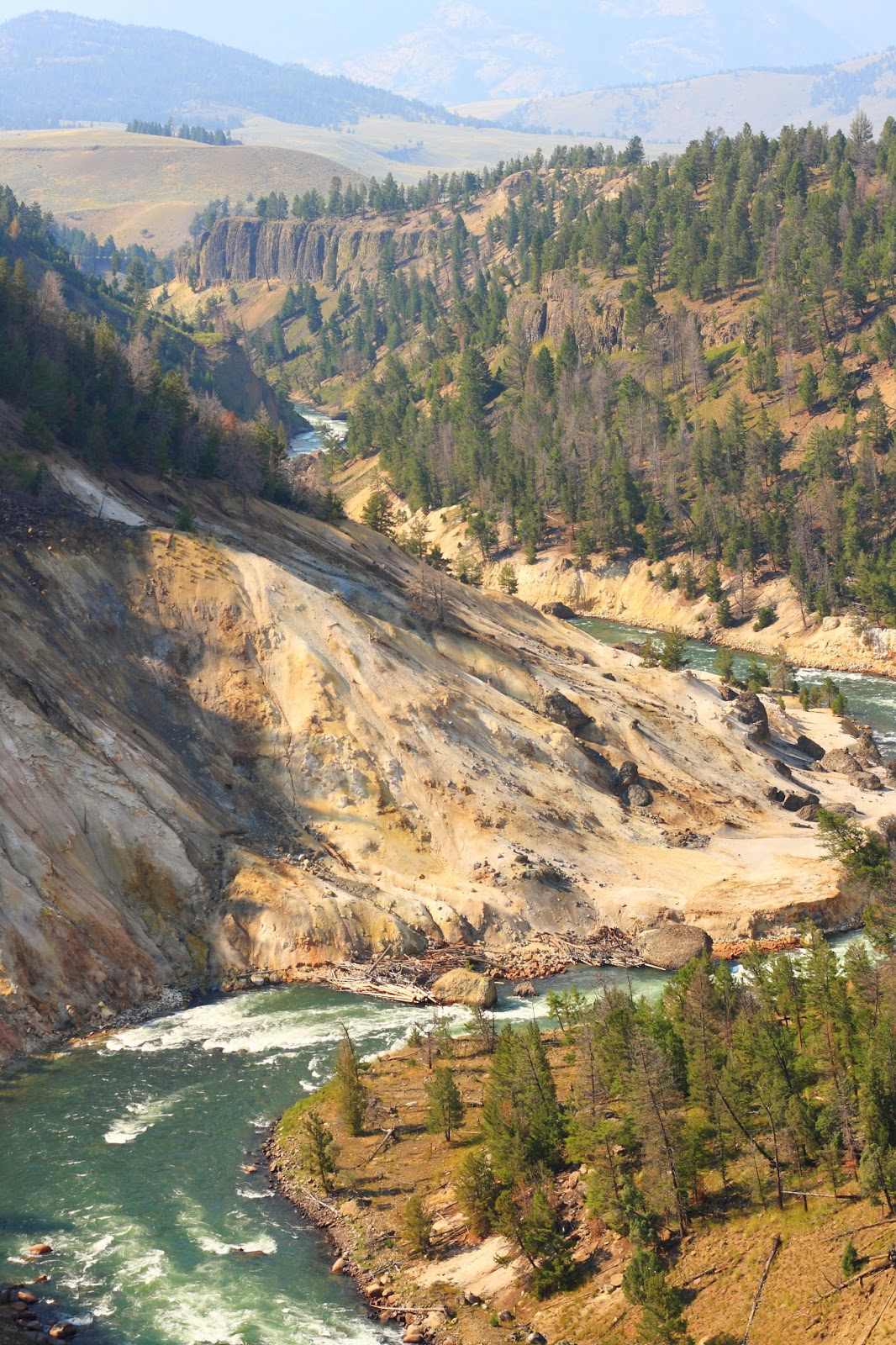 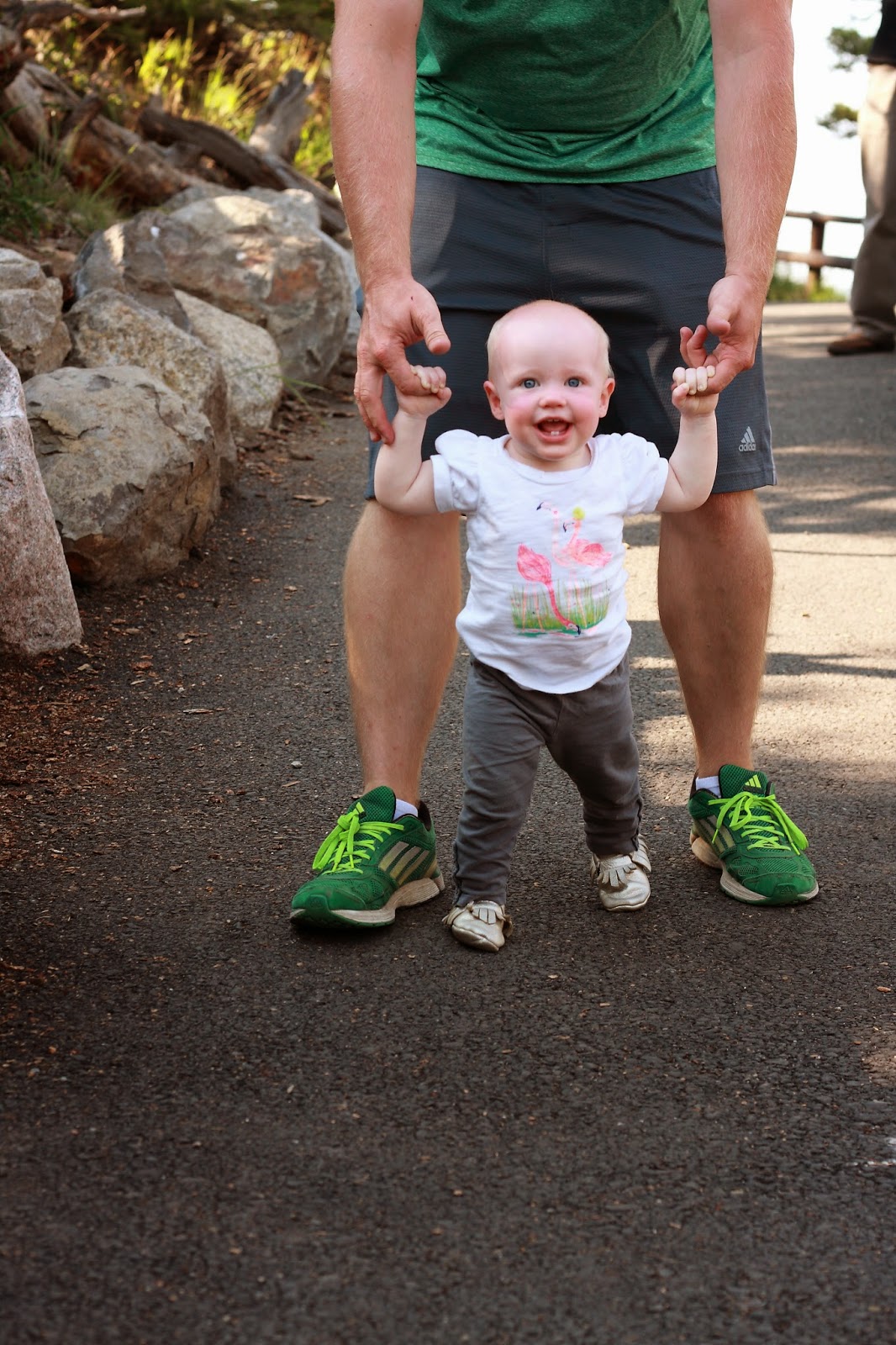 This little bee bee was a trooper.  She spent lots of time in a carseat/stroller/backpack.  But the tent is where she roamed free.  Actually, almost all night long haha.  All the other kids did great, fell asleep fast, and stayed warm with the 40 degree low.  I think David and I woke up a million times to cover them up though. 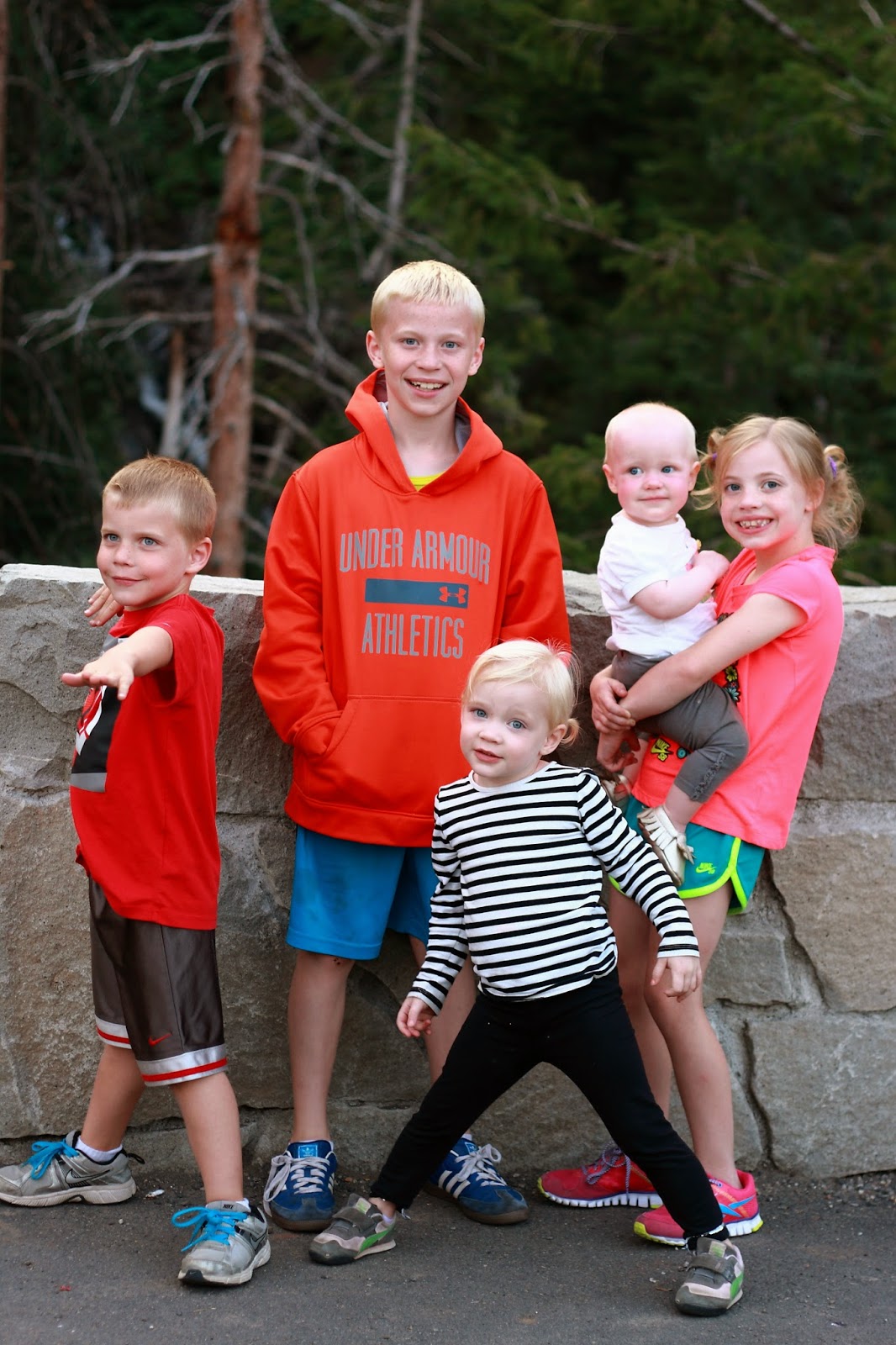 We were able to attend a Ranger Program (about grizzly bears) and the kids earned a Junior Ranger Patch.  We visited a few museums, and were able to spot almost every large game animal at some point in the park (except we didn't see a black bear) which was pretty sweet!  We made the large loop around the park and sometimes it felt other-worldly with boiling water and bubbling mud.  Only once did Poppy fall off a boardwalk, and roll towards the boiling water.  No joke.  So many interesting formations and geological history.   Honestly, we could have spent so many more days here.  And if we had more time before school started, I think we would have!  At the end of the 2nd day in Yellowstone, we said our good-byes and spent the night in Cody, WY.
Posted by thepainterfamily