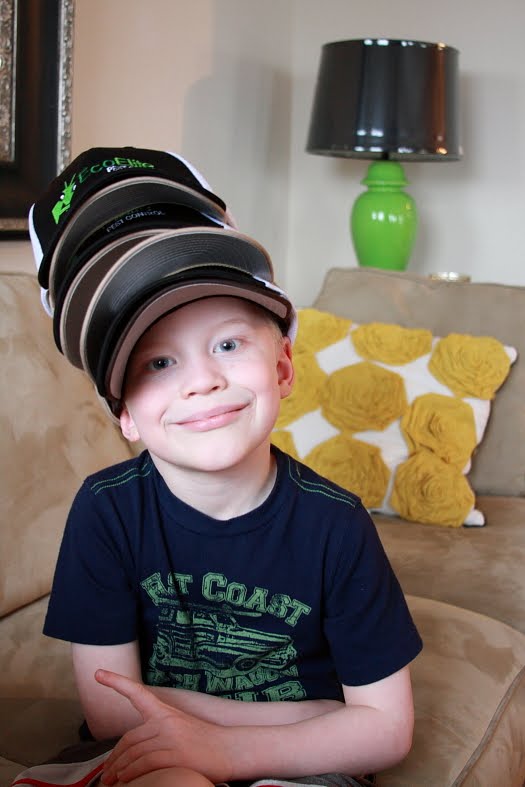 A box of uniforms for the business came in the mail yesterday. Zach thought it was hilarious to wear as many hats as would balance on his head. He pulled out each polo, and jacket, and white technician shirt and admired them individually, though they all had the same embroidery.
LOOK Lily, Dad has new termite shirts!
***
Last year David's order included some free t-shirts. Zach wore them as pajamas, but they were simply too big for Lily. She was heartbroken. In fact, one night, she refused to go to bed until David ironed on a logo patch to one of her pajama shirts. Now she wears it proudly and calls it her very own termite shirt.
***
Seeing them in those uniforms gets me every time. Makes that lump in my throat. It's so impossible to articulate the joy of having children, because the specifics don't sound that impressive.
They love to dress like us!
But there is joy.
A lot of it.
Posted by thepainterfamily

Oh they are too funny and cute!

how cute. i love the adoration. :)

awwww he's so cute. i can see why he just melts your heart.

That's hilarious! I'm not sure what struck me as so funny, but I had to read the post to Steffan. It kinda makes me wish I had my own termite shirt.