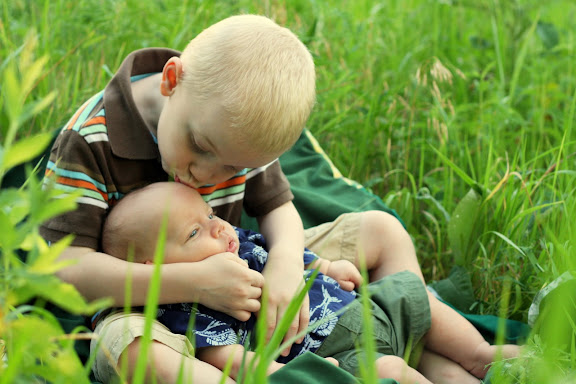 It's funny how we've really reached that point where it is impossible to imagine life without our little Roman. I mean really, really impossible. I've always had three kids right? 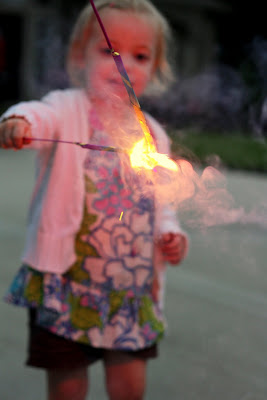 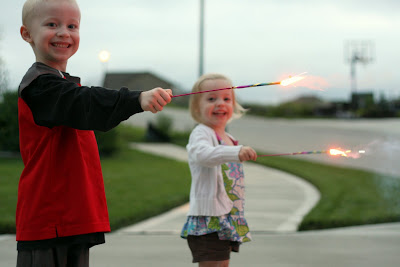 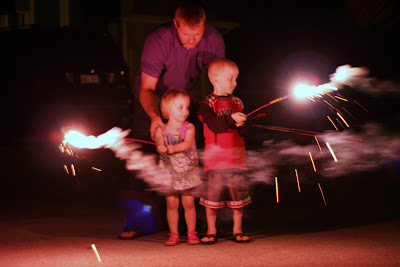 Oh sure, the kids had a blast with sparklers, tanks, snappers and whatnot. But living in other states for two years, I forgot how exhilarating, how over the top, how COMPLETELY LEGAL, (some might say redneck) Missouri gets on the 4th of July. My parents neighborhood hires a big-time display. The best part was driving in my dad's truck, Dave and kids in the back for kicks, and heading to the show. The streets were FULL of people and cars and exploding fireworks and (firework) trash and lots and lots of food and music, more exploding fireworks, red-white & blue house lights, flags and all manner of patriotic paraphernalia. Kids were running wild with punks and lighters in one hand and gobs of explosives in the other. My mom and I agreed, next year we are going to record it. UNREAL-and super fun.

i don't think it's a redneck thing, it's a kid thing. my nephews were the exact same way this weekend finding their own lighters, ammo and such. and i've seen this every year with all my other nephews. i think kids just love fire :)

cute! i bet your kiddos love it!

so sweet. i love the top picture of Zach kissing Roman...darling. we had a burn ban here in houston and we couldn't do any sparklers, sad day! i'm glad you guys had a good holiday.

love your description of the fourth there in missouri. sounds AWESOME. that top picture is so sweet. what a cute little family you are! i wish we could still hang out with you!

Sounds like an awesome 4th!!! Love that picture of Zach and Roman, so sweet.

I am sad that I missed one of my favorite holidays...and most of my memories are with you and your family! Always over the top and lots of fun! Honestly, 4th of July makes me proud to be an American.

Tara-
I've been meaning to call you, but I've had an unexpectedly busy week! My best (girl)friend from college comes on Saturday for a little visit, so I'll be busy still. But I WILL CALL SOON :) Thank you for being so good to me!